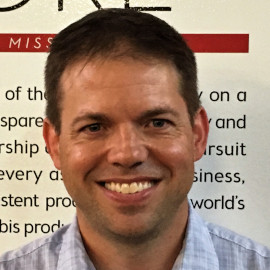 Jay became a Certified Food Scientist in 2013 and, two years later, joined Denver-based infused product manufacturer Dixie Brands with the hope of using the analytical, biochemistry, environmental, toxicological, environmental, quality control and, of course, food production skills he has acquired through the years. Jay entered the cannabis space in 2010 when, as director of analytical services, he helped open Colorado’s first medical marijuana testing laboratory, then, in 2014, he worked as a supervisory chemist at a large Colorado marijuana testing lab.