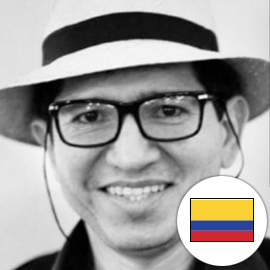 Pedro is a former Colombian congressman and a drug policy builder. He is the co-founder of Corporación Viso Mutop, which monitors the evolution of coca, poppy and cannabis policy in Colombia. Since 2014, Pedro has also directed the Observatory on Growers and Crops Declared Illicit in Colombia. He has previously participated in the U.N. General Assembly Special Session on the World Drug Problem.