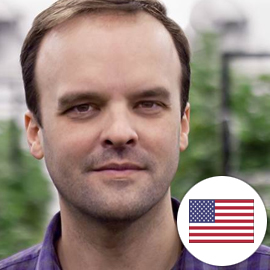 A seasoned sales professional, Ted brings vast experience in the craft beer industry to Nug, a vertically integrated cannabis company in Oakland, California. Before joining Nug, he worked as national sales director for San Francisco’s 21st Amendment Brewery, which he helped turn into one of the fastest-growing breweries in the United States. He also developed various programs that increased the demand for craft beer. Ted also has worked at Avery Brewing in Colorado and Melvin Brewing in Wyoming, so he has firsthand knowledge of the similarities and differences between the cannabis and craft beer industries.

Business Strategies:
Taking on Goliath: Where Craft Cannabis Fits In