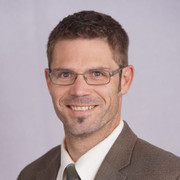 A Sacramento-based journalist, John had focused on Colorado politics for most of his career, which included covering the 2008 Democratic National Convention in Denver. In 2012, he covered the Amendment 64 campaign to legalize recreational marijuana for The Colorado Springs Gazette. As then-video editor for The Gazette, he was on hand for the first-ever legal recreational marijuana sale in Denver on Jan. 1, 2014. He’s been writing about the cannabis industry since joining Marijuana Business Daily over the summer of 2014.