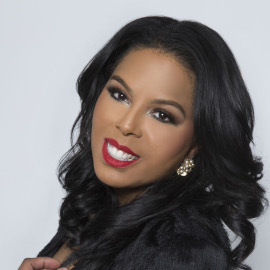 She brings to the cannabis space a track record of driving sales, maximizing revenues and leading high-performance teams.

Dia’s rise began in 2005, when musician/entrepreneur Sean “Diddy” Combs hired her as his executive assistant at Bad Boy Entertainment, which she helped transform into the Combs Enterprises brand.

During her climb, Dia oversaw a Combs portfolio that included spirits, fashion, fragrance and an award-winning, in-house ad agency.

One of her most notable achievements was growing the previously unprofitable Ciroc vodka brand into a $2 billion global product.

Dia’s many accolades include Ad Age Women to Watch, Billboard’s Most Powerful Executives in Music, Ebony Power 100, Maverick of the Year and the Diageo Global Marketing Brilliance Award.

She also is a philanthropist and volunteer who currently serves on the boards of Capital Preparatory Charter Schools and the Thread civic and social organization.